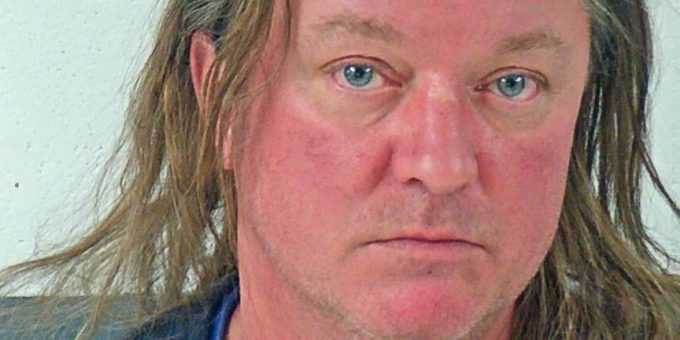 OOLITIC – An Oolitic man was arrested Sunday after Oolitic Town Marshals responded to a residence in the 100 block of 9th Street.

The Town Marshal received a call that a woman had been injured by 50-year-old Williams Nicholson and had threatened her with a weapon.

When police arrived at the home, Nicholson had left the home.

The woman told Town Marshal James Farrington she and Nicholson had been arguing since Thursday. The woman told police Nicholson began shoving her. He then went to retrieve her handgun, a Winchester 9 mm, from her nightstand and the two started fighting over the gun, a loaded magazine was inserted in the magazine well of the gun. Nicholson racked the slide back, and he caused the gun to jam. The two began fighting over the gun and she ended up on the floor during the struggle. She then kicked Nicholson in the groin to get the gun from him.

Police found Nicholson in the 430 block of Hoosier Avenue. He was detained. During the arrest, the marshal located a glass pipe and a baggie containing 16.685 grams of marijuana.

While en route to the jail, Nicholson became verbally abusive and struck the transport cage in the vehicle multiple times with his head and threatened the marshal.