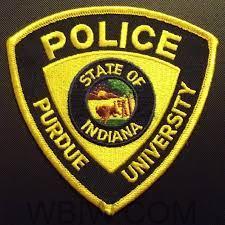 WEST LAFAYETTE — Purdue University police became aware Friday night (Feb. 4) of an incident that occurred involving a Purdue police officer who responded to an urgent call from a third party following our “see something, say something” campus safety guidance.

The caller stated that it appeared a woman was being held against her will near Horticulture Drive.

Any time a PUPD officer uses force in connection with an arrest, the department conducts an internal review.

PUPD commenced that review, led by Deputy Chief Lesley Wiete immediately upon receiving the officer’s report on Friday night. That investigation will, under PUPD General Orders, include input from all witnesses to the arrest and take into account all available evidence, including video from officers’ body-worn cameras and statements from the students involved.

No physical injuries were suffered in the incident.

Purdue police take incidents such as this seriously. The video from body-worn cameras will be made available as will all findings and evidence from the internal review when complete.