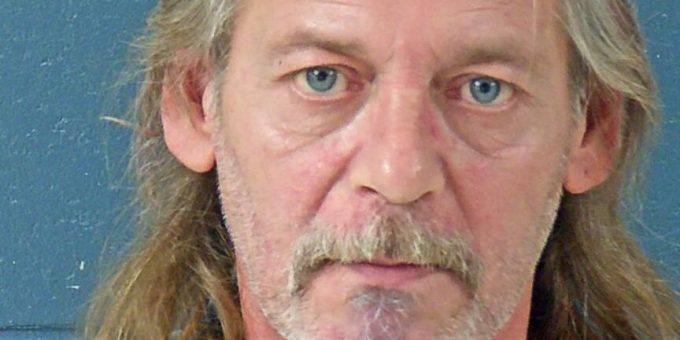 BEDFORD – Lawrence Superior Court II Judge Bob Cline sentenced an offender with a lengthy criminal history to 11 years in the Indiana Department of Correction for three separate crimes, including a bank robbery, a hatchet attack, and robbery of an Amish woman who was selling produce in Mitchell.

Jeffrey A. Waggoner, 55, pleaded guilty in all three cases as a part of a negotiated plea agreement with the State of Indiana. As a part of the plea agreement, Waggoner pleaded guilty to aggravated battery, a Level 3 felony, in which he received a nine-year prison sentence. He also admitted his guilt in a robbery of JCB, a Level 5 felony, for which he received an additional two years in prison. For the robbery of the Amish woman, a Level 5 felony, he received two years of supervised probation. (The victim, in this case, did not wish to participate in the prosecution of the offender.)

“In these cases, for an offender who has proven time and again that he does not plan to follow the law, prison is the appropriate sentence,” said Lawrence County Deputy Prosecutor Jeremy Weddle. “The safety of our community here in Lawrence County is something we take very seriously. We will continue to tirelessly seek justice in all of our cases, and especially so when we can successfully get criminals, such as the defendant in this case, off our streets.”

Waggoner was arrested in October 2019 after he battered a man at a Bedford homeless camp in September. Waggoner used a hatchet on the victim, causing the man to have to seek treatment at an Indianapolis hospital, where he was transported by helicopter.

After that arrest, DNA from Waggoner was used to tie him to an attempted robbery at JCB on 16th Street in Bedford in October 2017 as well as the August 2017 robbery of an Amish woman who was selling produce at the Four Points in Mitchell.