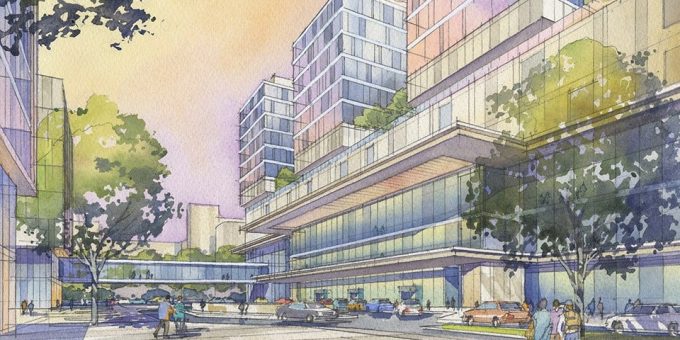 BLOOMINGTON – Indiana University’s board of trustees has approved the architectural design of the university’s School of Medicine Medical Education Building in Indianapolis.

IU says the 11-story, 325,000-square-foot facility will be used to address the instructional and research needs of programs in the university’s school of medicine.

According to Inside INdiana Business, The design features a three-story base structure with an eight-story tower. IU says the base structure will be used primarily for medical education. It will also include support spaces and shell space for future research, as well as academic learning spaces, classrooms, and a medical library.

IU says the architecture “expresses the unique character of Indiana University with its use of Indiana limestone and precast concrete accents.”

The eight-story office and research tower will include three floors of faculty offices and three floors of shell space for biomedical research, research support, and offices. The building will also feature two floors that will be used for the building’s mechanical services.

The building will be co-located with the Indianapolis Academic Health Center, part of a $1.6 billion development in downtown Indy by IU Health. The design was developed by Browning Day in Indianapolis and Perkins & Will in Chicago.