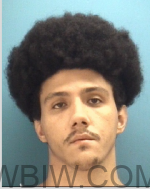 Judge Kelly Benjamin could sentence Denny between 45 to 65 years with an advisory sentence of 55 years in the Indiana Department of Corrections during Denny’s sentencing which is scheduled for 3 p.m. on March 31. After Denny arrives at an Indiana state prison, he will be evaluated and treated for his specific psychiatric illness.

Cavanaugh was killed on June 1, 2021, in an apartment he shared with Denny. Cavanaugh suffered multiple stab wounds to his back and chest, believed to have been inflicted by a chef’s knife, according to the coroner’s office.