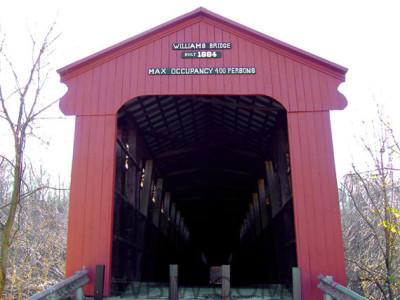 The event is currently planned on being held on September 10, 2022, with an expectation of 200 people to attend. The bridge will be used from 8 a.m. until 9 p.m. on that day for the dinner.

Last year’s event brought out more than 150 attendees with social distancing between tables. The event started as a bicentennial project in 2018 and has boasted as many as 350 people in attendance in past gatherings.

The proceeds from the event will be used to help the Williams Community Center with future projects.

The Williams Covered Bridge was built in 1884 by Joseph J. Daniels and remains one of Indiana’s longest double span covered bridges. The bridge spans the East Fork of the White River. It is a Howe Truss design, a length of 402 feet including 13 feet overhangs and is on the National Register of Historic Places.