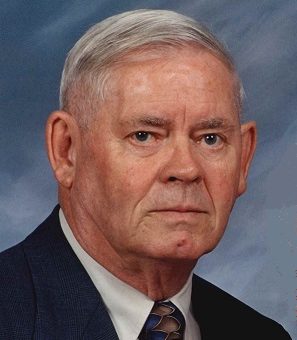 Born August 5, 1934, he was the son of Orville “Buck” and Gleeda (Medlock) Arthur. He married Alma M. Sasser on August 2, 1952, and she preceded him in death on March 1, 2014. He worked at St. Mary of the Woods College, then as distribution center manager for Elder Beerman Department Store. He was a veteran of the U.S. Army and a member of the Oolitic Trinity Pentecostal Church.

He was preceded in death by his parents, his wife, a sister, Barbara C. Turner; brothers, Richard, and Bill Arthur; a sister-in-law, Betty Goodman and nieces, Tracy Wolff, and Renee Summers.