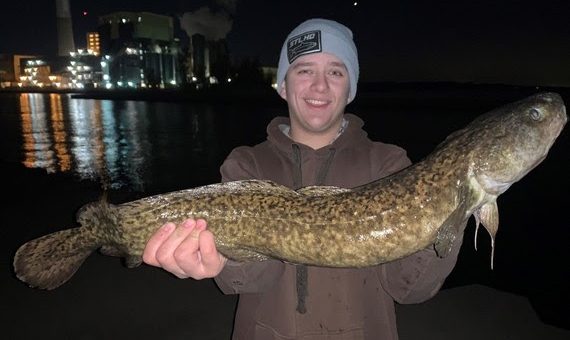 INDIANA – Indiana’s Fish of the Year program grew again in 2021, with anglers submitting a record 117 entries from 59 different individuals. That marks the fifth consecutive year with a record number of entries.

The number of species entered into the contest grew as well, with a record of 54. Four species made their first appearance on the Fish of the Year list. These included brindled madtom, burbot, common shiner, and mooneye. Common catches missing from the list were brown, rainbow, and lake trout as well as Chinook salmon and striped bass.

Paul Reschke took top honors for the longest fish with his 54-inch muskie from Lake Webster. Reschke caught the giant through the ice on a tip-up, measured her, and immediately released her back into the depths. Ron Anderson caught the smallest winner of 2021 with his 4-inch brindled madtom, a small member of the catfish family. Anderson won a total of five awards this year, tying with fellow river angler Liu He. Surprisingly, that was not enough to claim the most, Joe Johnson garnered six awards caught from the Ohio and Wabash rivers.

The Wabash was the go-to location for big fish in 2021, yielding eight winning entries. Four winners each came from the Tippecanoe River, Kankakee River, and East Fork of the White River. Rivers and streams were anglers’ favorite spots, accounting for 35 of the 56 awards.

Interested in submitting an entry for 2022? Learn how to enter and review all the 2021 winners online. Anglers who plan to enter must submit a picture showing the full length of their catch on a measuring board or tape to be eligible.