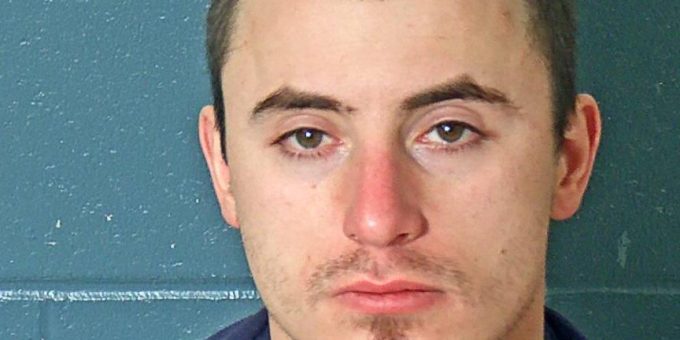 MITCHELL – A Bedford man was arrested Monday morning after Lawrence County Sheriff’s Department deputies responded to a call of a man in a Mustang asking for someone to jump his vehicle in the 1000 block of South Old Palestine Road in Mitchell.

When deputies arrived in the area they located a maroon Ford Mustang stalled in the roadway.

A male, 26-year-old Skylar Schofield was in the driver’s seat and he had a female passenger.

Officers said the female had placed a coat over her head in an attempt to make police think she was sleeping. The female gave the officer a fake name.

The officer attempted to “jump-start” Schofield’s vehicle but it would not start.

Schofield then gave the true identity of the female passenger and told the officer there was a protective order in place against him. He was not to be near the female after the two had been in a domestic fight and he was charged with battery.

The woman admitted she had lied about her identity because of the protective order.

The woman told police she and Schofield had “hung out last night” but they “fought the whole time”.

She told the officer they had run out of gas around midnight. The female told the deputy “they shouldn’t be around each other, she loved him, but it wasn’t working out”.

Schofield was arrested on a charge of invasion of privacy for violating the protective order. In Schofield’s pocket officers located a baggie that contained a small amount of crystal meth.

He was then charged with possession of meth.