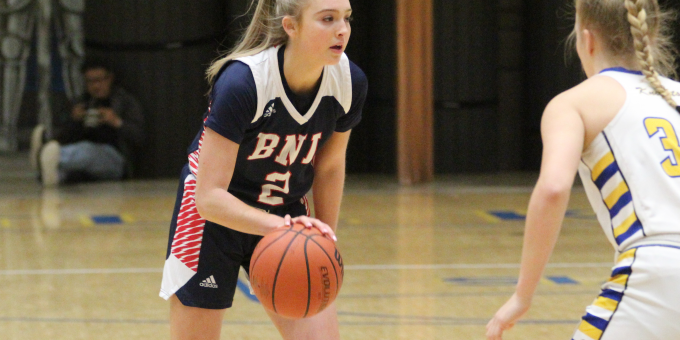 BEDFORD – Bedford North Lawrence will start its quest for its remarkable 11th consecutive Class 4A sectional championship when it faces Jeffersonville in the opening round of Sectional 15 on Feb. 1 at Jeffersonville.

New Albany (5-17) will face Seymour (9-9) in the opening game, while the No.4 Stars (18-2 and the tournament favorite) will clash with the Red Devils (9-7) in the second contest. Jennings County (16-4) drew a bye and will await the Seymour-New Albany winner in the first semifinal on Feb. 4, while the BNL-Jeffersonville survivor will collide with Floyd Central (7-13) in the second semifinal.

The championship game is scheduled for Feb. 5.

BNL will go the long route as it chases its 31st overall sectional title (one short of Rushville’s current state record).

“I like playing on Tuesday,” BNL coach Jeff Allen said. “We’ve never had a bye since I’ve been involved here at BNL, so I like sticking wiht that. It’s good for the girls, playing that first game.”

The Stars already own a 53-31 victory over the Red Devils during the regular season (at BNL on Nov. 20). Chloe Spreen scored 19 points and Mallory Pride added 14 for BNL, which forced 26 turnovers. La’Kyre Johnson had 10 points for the Red Devils.

BNL has already played one game at Johnson Arena this season, posting a 54-43 victory over Warren Central on Dec. 29. The Stars will carry a 30-game sectional winning streak and the target as the team to beat on their backs.

“We try not to put a lot of emphasis on it,” Allen said. “We have a goal to win it. We know we have to be prepared. If you feel like you’re prepared going into it, it helps with any nervous feeling. So we will prepare the best we can, make sure the kids feel confident, and that alleviates the pressure from the success we’ve had in the past.”

Seymour and New Albany will play twice in a five-day span. They will close the regular season at New Albany on Jan. 27.

The sectional winner from Jeffersonville will advance to the four-team regional (along with champions from Bloomington North, Evansville Harrison and Franklin Central) at Columbus North on Feb. 12.