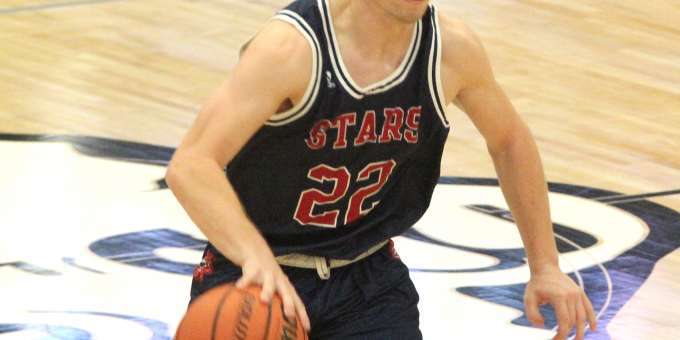 BEDFORD – For the past 12 years, either by design or scheduling circumstance, Edgewood would have a multiple-day gap to prepare for Bedford North Lawrence. That prep time has disappeared as the Mustangs face a quick-turnaround journey to BNL Fieldhouse on Saturday night.

The Mustangs, vastly improved since the calendar turn, are riding a three-game winning streak into Friday night’s road trip to Western Indiana Conference rival Owen Valley. That league clash has obviously taken precedence and practice priority, but that means little attention will be focused on BNL until the new day dawns.

The Stars (5-5) are in a similar situation, coming off a home clash with league foe Seymour. That means equal footing – rather than Edgewood’s usual free week to spotlight and break down the Stars – for the latest clash in a long and interesting series. BNL has dominated the battles in the past, but Edgewood won last year’s encounter and returns scoring firepower for this challenge.

“The last two years our games with BNL have been highly competitive,” Edgewood coach Matt Wadsworth said. “We expect the same thing.”

The Mustangs prevailed 65-60 last season, a clash with more swings and thrills than a carnival ride. Edgewood hit its first six shots, roared to a 16-point lead in the second quarter, watched the Stars rally for the lead in the fourth, then pulled out a 65-60 triumph as Coleman Sater scored 22 points and grabbed 12 rebounds.

Caden Huttenlocker, who scored 17 against BNL, returns to lead the Mustangs. He’s averaging 20.1 points and 6.3 rebounds, while Bloomington North transfer Zach Sims gives them a quality second option at 14.6.

“That’s two good weapons,” BNL coach Jeff Hein said. “Huttenlocker can score in a variety of ways. They’ve played well of late, they seem to be hitting their stride at the right time. We have to play well and give ourselves a chance. That’s all we can ask.”

“Caden has really grown into his role as the leader of our team,” Wadsworth said. “In the past, he has always been a very good shooter. This season he has stepped up the intensity on the defensive end. His ability to find his open teammate has been impressive. Zach has had a breakout season. From game to game, we count on him to match up with the other team’s best offensive player. Offensively he provides us with a good inside-outside threat.”

“This has been a fun team to coach for the last month. We have shown tremendous improvement. This year we have several players playing varsity basketball for the first time. As the season has gone on, they have gained a lot of confidence in their abilities.”

The Stars, averaging only 46.8 points per game, are still looking for the breakout offensive performance. They’ve gone over 50 only three times. Colten Leach leads BNL in scoring at 14.4 while Colton Staggs totals 11.7.