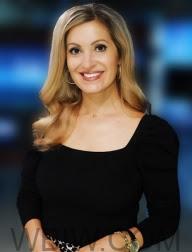 EVANSVILLE – After a highly competitive search, the Indiana Region of the American Red Cross is pleased to announce the appointment of Beth Sweeney to the role of Executive Director for the Southwest Indiana Chapter.

Beth is a dynamic communicator with deep roots in the Evansville community. She comes to the American Red Cross after a 17-year career in television journalism, with 16 of those years at 14 News (WFIE) in Evansville, where she served as an on-air reporter, anchor, and most recently as assistant news director. She is an experienced leader, storyteller, and passionate community leader. Beth volunteers with Ark Crisis Child Care Center in Evansville where she served as a board member for 8 years. She has also volunteered with Habitat for Humanity, building homes in several states including her home state of Kentucky. Beth also served for several years as the volunteer master of ceremonies for the American Red Cross Heroes Awards Dinner.

“We’re absolutely thrilled to welcome a leader with Beth’s passion and commitment to service and community engagement,” said Chad Priest, Regional CEO of the American Red Cross – Indiana Region. “With her connections and pulse on the area, we’re confident she will hit the ground running.”

Beth earned her BA in journalism from the University of Kentucky where she also served as an AmeriCorps ambassador. She currently resides in Evansville with her husband, son Oliver, and daughter Caroline. Beth’s first day will be January 24.

She replaces Theo Boots, who announced she was leaving her post in October to pursue personal opportunities but will continue to support the Red Cross mission in a volunteer leadership capacity.