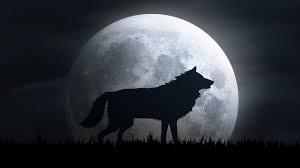 It’s the first full Moon for 2022, reaching peak illumination at 6:48 p.m. EST. Look for the Moon to rise from the northeastern horizon around sunset this evening. At this moment, the Moon will reach its peak brightness, shining with a magnitude of -12.35.

The full Moon names come from a number of places, including Native American, Colonial American, and European sources. Traditionally, each full Moon name was applied to the entire lunar month in which it occurred, not just to the full Moon itself.

It’s thought that January’s full Moon came to be known as the Wolf Moon because wolves were more likely to be heard howling at this time. It was traditionally believed that wolves howled due to hunger during winter, but we know today that wolves howl for different reasons. Howling and other wolf vocalizations are generally used to define territory, locate pack members, reinforce social bonds, and coordinate hunting.

Another fitting name for this full Moon is the Center Moon. Used by the Assiniboine people of the Northern Great Plains, it refers to the idea that this Moon roughly marks the middle of the cold season.

There will be 12 full Moons this year, one each month. Some years you can enjoy 13 Full Moons in one calendar year — the last time it happened was in 2020.

One lunar cycle (eight Moon phases) takes 29.5 days, which in total requires 354 days for 12 complete cycles. This is somewhat shorter than one calendar year, which is 365 or 366 days, so roughly every two or three, there is a 13th full Moon.