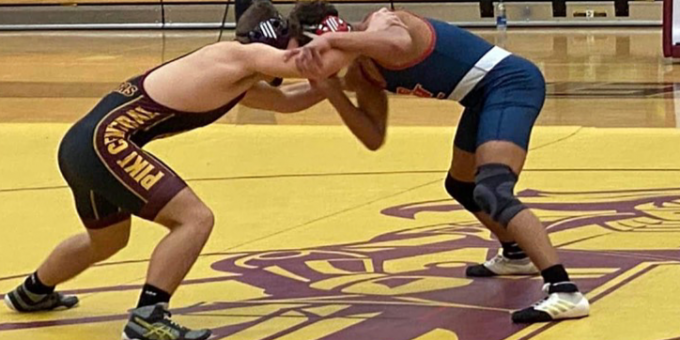 The Stars recorded five victories on the mat, including four by pin, but couldn’t overcome three forfeited weight classes against the Chargers.

“We started six points down, and that is how much we lost by,” BNL coach Chris Branam said. “There were a lot of matches that went back and forth, and both teams put up a fight. We took a loss as a team, but we had so many great matches as individuals.”

“Gabe looked sharp in his match and showed a lot of grit,” Branam said. “He started off with a lead, but found himself down 6-4 at the end of the second. He rose to the occasion, though, and scored another six points in the third period to win the match. Brax made short work of his opponent, Ethan followed up with the same–also picking up the first period pin.

“Jaxon had another tough match with a persistent Pike Central kid, but he never gave up and kept the pressure on to get the pin at the end of the match. Junior finished out the night with a bang, lifting his opponent and planting him on his back.”

The Stars will host the Hoosier Hills Conference tournament on Saturday.