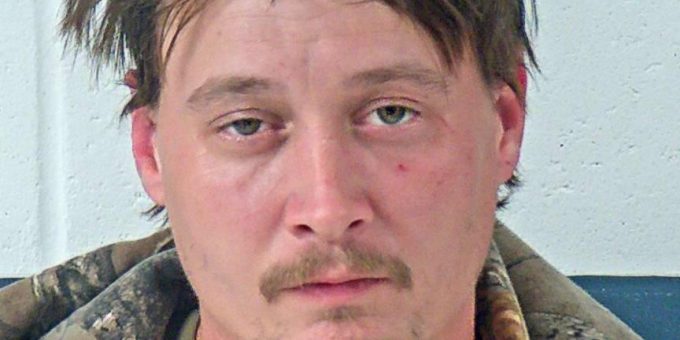 MITCHELL – A Mitchell man was arrested Monday after Mitchell Police officers were alerted to a physical domestic fight at Northside Village.

The caller told the dispatcher that 33-year-old William Bryson was throwing items inside the residence and was armed with a firearm.

Police rushed to the residence. Police then learned Bryson left the scene in a red Dodge Dakota and was headed to a home on West Warren Street.

When police arrived at the home on West Warren Street they found Bryson’s truck parked inside the garage.

Officers went to the home and found Bryson sitting on the couch in the living room. Bryson was detained. Police did not locate a weapon.

A female at the Northside Village home told police Bryson was upset with her and pushed her against a wall and threatened her with a rifle.

The woman suffered a small mark on her right hand and her chin from the struggle over the gun.

The female signed a battery affidavit.

Bryson was arrested on a charge of domestic battery.