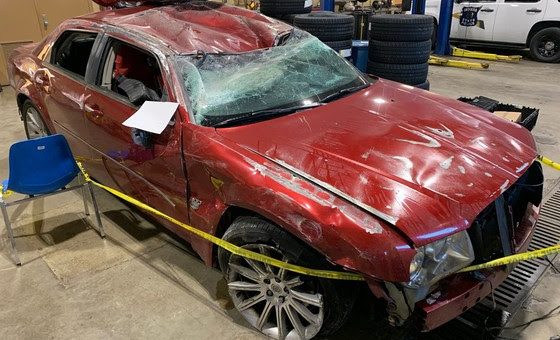 This location is north of U.S. 30.  While troopers were responding to the scene, they received information that a good Samaritan who had stopped to assist the driver had been carjacked.

Troopers quickly located the vehicle that was carjacked but was unaware that the victim was driving the vehicle while the suspect was in the passenger seat.  A pursuit was initiated, and the troopers followed the vehicle into Illinois where the vehicle made a sudden stop on I-94 at 115th Street in Cook County, Illinois.

The driver exited the vehicle and immediately lay on the ground.  As officers were learning from the driver that the suspect was still in the van, the driver’s door suddenly closed, and the vehicle sped away.  Officers attempted to pursue the van again, however, they lost sight of it.  It was later recovered abandoned two miles away from 115th St.  Investigators also later recovered a .22 Sterling Arms handgun from inside the wrecked Chrysler 300.

Warrants for Brown-Watkins have been issued by the Lake County Superior Court, Criminal Division 1 for the following offenses:

Anyone with information on Mr. Brown-Watkins’s whereabouts is encouraged to contact the Indiana State Police at 877-226-1026.