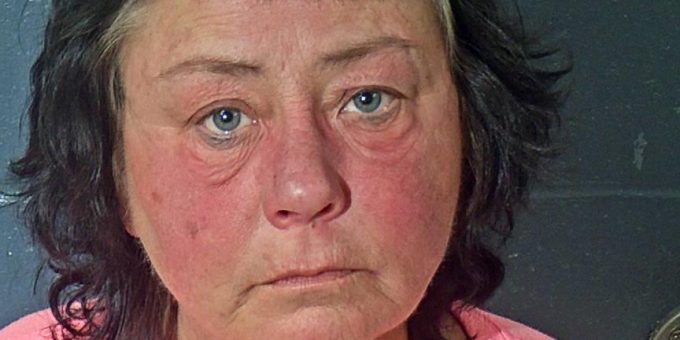 BEDFORD – A Bedford woman was arrested Saturday on a warrant after she violated a protective order on November 23, 2021.

According to a probable cause affidavit, a woman came to the Bedford Police Department to report her ex-mother-in-law 53-year-old Ruth Hamilton had violated a protective order.

The woman told police she was working at Priceless IGA when Hamilton entered the store and gave her a dirty look as she was getting a grocery cart. She then gave her a second dirty look and smirked at her as she was shopping.

The woman told police she then went to the back of the store and hid until Hamilton left the store.

The store video did show Hamilton entering the store and looking at the victim.

Police spoke to Hamilton who told police she didn’t know the victim worked at the store.

The information was forwarded to the Lawrence County Prosecutor’s Office and a warrant was issued for Hamilton’s arrest on a charge of invasion of privacy.