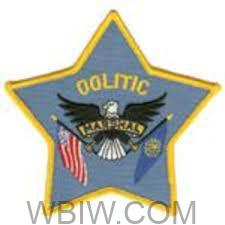 BEDFORD – Two men were arrested Sunday on drug charges after a traffic stop on State Road 37 near Crossroads Church.

The vehicle was stopped because there was no working license plate light on the vehicle.

When the Oolitic Town Marshal approached the vehicle he could smell the odor of marijuana coming from the vehicle.

There were two males in the vehicle, the passenger 26-year-old Trevon Clark from Bedford, and the driver 25-year-old Davon Lewis, of Toledo, OH.

Canine Deny Joe alerted officers to drugs in the vehicle.

During a search of the vehicle, police found marijuana along with a baggie of cocaine.