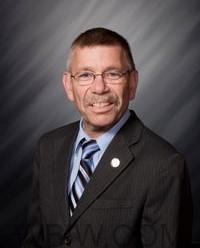 WASHINGTON COUNTY – Following the passing of State Representative Steve Davisson on September 19th, 2021, a void has been left in the 73rd district of Indiana.

Rep. Davisson served his community with extreme vigor, leaving a lasting impression on the County he called home for most of his adult life.

David Hoover, owner of Hoover Insurance Services sent a letter to Senator Erin Houchin sharing stories he has heard in the wake of Rep. Davisson’s passing to truly encapsulate the type of man Rep. Davisson was, and how much he meant to the community.

“In the days and weeks following Steve’s passing I have heard hundreds of stories of how Steve gave someone a ‘cup of water,'” said Hoover. “From a lady who shared with me how Steve delivered her prescription to her home on a holiday to the gentleman who Steve personally called to inform him that Medicaid had approved his appeal, voice after voice stories of Rep. Davisson has come to light.”

Hoover said that it is now the citizens of the 73rd district, Washington and Scott Counties turn to honor Steve Davisson’s legacy of service to Southern Indiana.