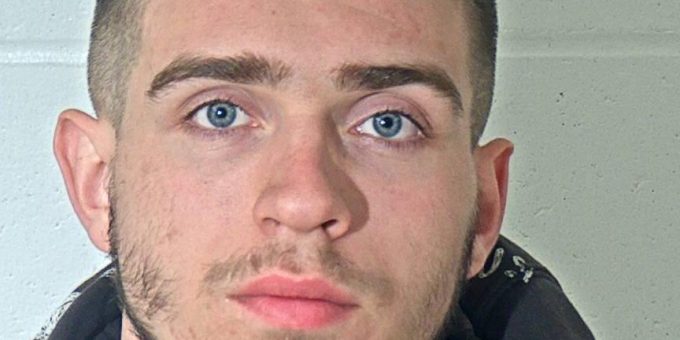 MITCHELL – A Mitchell man was arrested on a warrant charging him with domestic battery causing moderate bodily injury after an incident on November 11, 2021.

According to a probable cause affidavit, the incident happened in the ally behind the 300 block of West Grissom Avenue.

Mitchell Police officers were informed that  20-year-old Caleb Riley was on top of a female and had hit her in the face.

When officers arrived they found the female walking down the alley and stopped her. She had blood dripping from her nose and around her mouth. Police say the woman was hysterical and was crying.

Police reported this was not the first time Riley had injured the woman during a physical altercation.

The woman told police she and Riley had gotten into an argument and Riley had hit her in the back of the head causing her to fall. He then picked her up off the ground and after catching her breath she attempted to walk away from him.

Riley charged the woman as she attempted to escape however, he was able to catch up with her and hit her repeatedly in the face.

He then walked off leaving her in the alley.

The woman was treated by EMS but refused to go to the hospital. Police then searched for Riley but were unable to locate him.

The information was forwarded to the Lawrence County Prosecutor’s Office and a warrant was issued for Riley’s arrest.