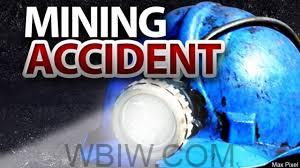 OAKTOWN – A coal miner was killed in an underground mining accident late Friday at Sunrise Coal Mine in Oaktown.

Sullivan County Sheriff Clark Cottom reports, dispatchers were alerted at 11:15 p.m. to send ambulances to the mine which is located between Sullivan and Vincennes on U.S. 150.

According to Sheriff Cottom, Knox County Coroner Karen Donovan was called to the scene to investigate.

The name of the miner has not been released.

The Mine Safety & Health Administration was alerted.

Sunrise Coal, is Indiana’s second-largest coal producer and is owned by Hallador Energy Co., based in Terre Haute.