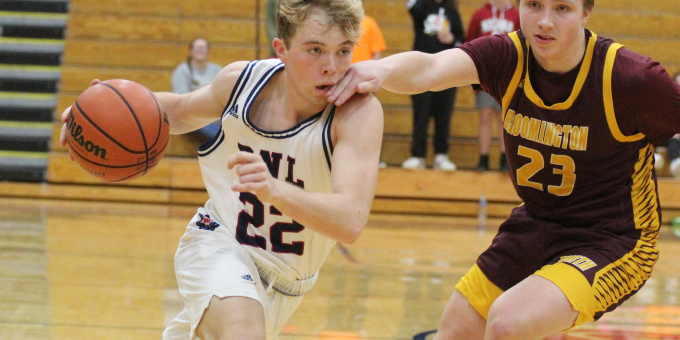 BEDFORD – Bedford North Lawrence, with halfcourt defense as its brightest flame this season, will seek to snuff out the Candler when the Stars visit South Knox for the second time in the brief series on Saturday night,.

The Spartans (5-4 heading into Friday night’s clash with Northeast Dubois), feature 6-5 junior Dakota Candler, a dual-threat presence in the paint and the perimeter, as their leading offensive threat. Candler, the lone Spartan scorer in double figures, will look to shed some light on BNL’s inside cover.

Candler, who totaled 22 points against Barr-Reeve and Sullivan in previous outings this year, is averaging 15.3 points, which means he’ll get the most lumen attention as BNL (4-4) seeks its third straight win over South Knox.

“We have to play good post defense,” BNL coach Jeff Hein said. “They have nice post players. We have to take things away. They really like to pound it into Candler, open the floor up and let him drive around you. We have to find someone to guard him in the post and contain his dribble drive.”

South Knox, in many ways, is a mirror image (if that mirror is a funhouse type with a concave curve to make things larger than they appear) of the Stars. The Spartans will have a definite size advantage, but they’ve struggled offensively while averaging only 46.9 points per game. They’ve been stingy on the other end, giving up only 36.9 (ranked third in the state).

“There’s a lot of similarities in the way we play, usually a low-possession type game and grind it out,” Hein said. “Hope to make plays in the end. That’s the way both will play.”

”We haven’t shot the ball as well as we’re capable,“ SK coach David Burkett said. “We’re starting to come around, we’ve had some slow starts. We defend decent, but we need more guys to score. Candler has a higher basketball IQ than a lot of guys, good feet and ball fakes inside, and he can use both hands. He’s just a pretty solid player.”

BNL won last year’s clash 36-30, with both teams equally frustrated by shooting woes. The Stars needed an 8-0 run to open the fourth quarter, plus Colten Leach’s 15 points, to rally for an ugly victory. BNL had only six field goals during the first 24 minutes.

Leach was the difference with his ability to penetrate South Knox’s lane-packed defense.

“They have a good point guard,” Burkett said. “He gave us problems. He’s pretty good player, and I don’t know that we have anyone at his level. We have to keep him under control and out of the paint, he does a good job in their spread offense.”

Last meeting: Last year at BNL, the Stars prevailed 36-30 in a defensive battle. Colten Leach had 15 points for BNL, while Dakota Candler had 10 points for South Knox.