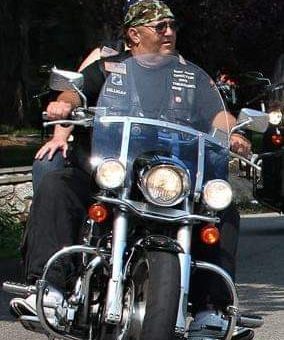 Billy Jack Lashlee, 68, of Mitchell, passed away Wednesday, January 5, 2022, at his residence.

Jack retired from Naval Weapons Support Center – Crane.  He graduated from Mitchell High School in 1971 and was a U.S. Army veteran and member of the Indiana National Guard.    Jack was a member and past commander of the American Legion Post No. 250 and a past director of the Legion Riders.  He was a former member of Masonic Lodge No. 228 F.&A.M. and La-Or-Ma Shrine Club.

Jack loved his family, dogs, and riding his motorcycle.  He was an avid reader and enjoyed golf and rodeos.  Jack was well known for his red beans and rice.

His parents and infant sister, Della Sue Lashlee, preceded him in death.