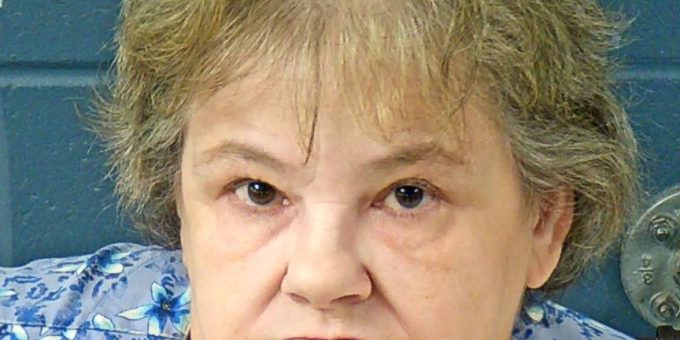 BEDFORD – A Bedford woman was arrested Wednesday night when Bedford Police officers were called to Day & Carter Mortuary after a report of a theft.

When police arrived they spoke with the victim’s son who reported his mother’s purse had been stolen during calling hours for her deceased father.

The woman told police she had left her purse on the front sofa of the main visitation room and gave police a description of her purse. She also had left her cell phone in the purse.

Using a tracking app the son tracked the phone to a duplex on N Street. The son went there and spoke to 67-year old Cheryl Beikman who told him she didn’t have the purse.

Officers then went to the duplex and spoke to Beikman. She told police she and a male had been at the funeral home earlier in the day but didn’t have the purse.

Police located the stolen purse under a mattress in a bedroom.

Beikman admitted to stealing the purse and told police the cell phone was in the freezer under a frozen turkey and the money $1,581 was in the bedroom.

Beikman told officers “she allowed us to search her home because she wanted the purse and items to be found. She stated that she made a stupid decision and was not thinking”.

The items were returned to the owner and Beikman was arrested on a charge of theft.