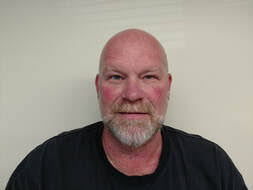 BEDFORD – Lawernce County Highway Superintendent David Holmes announced this morning during the commissioner’s meeting he is officially retiring on January 28, 2022.

“I love my job with the county,” said Holmes. “But I was approached with a job opportunity that I could not turn down. I will remain committed to Lawrence County and do all I can to help.”

Holmes has served Lawrence County for more than 13 years.

All three commissioners praised Holmes for his service.

“You will be missed,” said Commissioner President Rodney Fish. “You staying available reflects your dedication to this county and to your job as highway superintendent. We are grateful for your service.”

The commissioners renewed the contract with Spice Valley Landscape to do the landscaping at the Courthouse. The contract was for a total of $5,566.

Sheriff Mike Branham said the Department of Correction will be picking up a number of inmates soon. Currently, there are 152 inmates in the jail, 22 are DOC holds.

The jail is currently at 84.4 percent capacity.

“We are doing much better, two years ago we were holding 172 inmates,” said Sheriff Branham.

Walker was off work due to surgery just before Christmas and was worried about how he would support his family. He learned there was a short-term disability benefit available. Human Resource Director Brain Skillman helped Walker complete the forms.

“Brian explained how it all worked and I could then relax and get better and I am just grateful for it,” added Walker.

Valerie Luchauer praised the 911 dispatchers for a job well done during the holidays.

“It was a busy holiday season,” she added. “They did an outstanding job.”