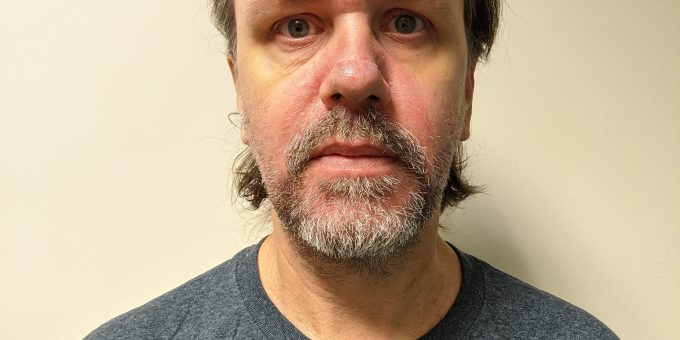 BROWNSTOWN – Jackson County Sheriff Rick Meyer announced today that a registered sex offender was arrested over the weekend for multiple violations of the sex offender registry.

Richard Blocker, 49, was arrested on Friday, December 31, 2021, and transported to the Jackson County Jail on a charge of Failure to Register as a Sex Offender, a level 6 Felony.

Lt. Adam Nicholson of the Jackson County Sheriff’s Department is responsible for tracking compliance with the registry.  According to the probable cause affidavit, dispatch contacted Lt. Nicholson to provide information that Richard called 911 to report his girlfriend had fallen and reported his address as a location on High Street in Brownstown.

The location of the residence violated the registry requirement that a registered sex offender against children cannot live within 1000 feet of a daycare, school, or public park.  It was in proximity of Saint Peters Lutheran Daycare, Saint Peters Lutheran School, and Brownstown Central Middle and High schools.

Registered sex offenders are required to report any changes to their address, phone number, vehicle registration, and employment to the Sheriff’s Department within 72 hours of the change.  The probable cause affidavit alleges Blocker failed to do so in violation of all of those requirements.

“I commend Lt. Nicholson for his work in making this arrest.  We have the sex offender registry for the purpose of keeping children in our community safe and so residents can be aware of their surroundings. We will continue to be vigilant in making sure the registered offenders living in Jackson County are accounted for,”  said Sheriff Meyer.