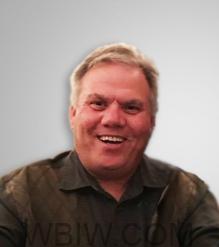 Michael David Johnson completed his earthly journey and was welcomed into the mansions of heaven on Thursday, December 30, 2021.

A forty-year resident of Bedford, Indiana, Michael lived a life of service and sacrifice to the state and nation, both as a serviceman and a distinguished police officer.  Michael was the founder and president of the American Police Canine Association.  With vast experience as a Master Trainer for patrol and narcotics, Michael trained over 7000 canine police dog handlers and their canines throughout the country.  Many canine experts owe their careers to his mentorship and passionate expertise.

Mike earned his criminology degree from Arizona State University.  Over three decades, he served various ranks as an officer within the Bedford Police Department beginning as a DARE officer. Prior to his law enforcement career, he served seven years in the US Navy aboard the USS Norton Sound and the USS Pelalu.

Michael was born on August 23, 1957, to Milan and Marilyn Ruth (Stewart) Johnson in Louisville, Kentucky.  He is survived by Bonnie, his wife, and partner of 32 years.  His four children, Michelle Miller (Bo) of Bedford, Indiana, Amanda Wilson (Joey Belviy) of Charlestown, Indiana, Phillip Mills (Ashley) of Martinsville, Indiana, and Matthew Mills (Marina) of Henderson, Nevada, will miss their father deeply.  His nine grandchildren and nine nieces and nephews adored their grandfather and uncle.  He is also survived by his mother, Marilyn Ruth Johnson of Scottsdale, Arizona, and one brother, Dr. Fred W. Johnson of Green Bay, Wisconsin.

Preceding him in death are his father, Dr. Milan H. Johnson, his sister, Tasha Faye Vatistas, and his brother, Norman Todd Johnson.

Among Michael’s last words were these: “The quality of my life is measured by serving the God that I love, the family I raised, the friendships I made, the officers I developed, and the people I served.”  We are indeed grateful for his life and lasting contributions.

Funeral service will be at 11:00 a.m. Tuesday, January 4, at the Bedford First Baptist Church with a memorial service conducted by Stone City FOP Lodge No. 94.  Burial will be in Green Hill Cemetery with military honors accorded by American Legion Gillen Post No. 33.

Memorial gifts can be made in Mike’s memory to the White River Humane Society.

The family respectfully requests that masks be worn.  The funeral service will be live-streamed through the funeral home’s Facebook page.