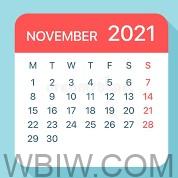 In November 2021 Duke Energy Indiana filed plans to improve reliability, Lawrence County commissions dissolved an old TIF District, created a new one, and agreed to oversee improvements to fairgrounds. The Springville Community Academy was established and Clarence Brown was recognized for his contributions to the community.

Duke Energy Indiana filed a plan on Tuesday, November 23, 2021, with Indiana state utility regulators to improve the reliability and resilience of its statewide network of power lines and infrastructure that deliver electricity to more than 860,000 Hoosier homes, businesses, and industries.

The six-year plan uses a combination of advanced technology and infrastructure upgrades to improve service to customers.

If the plan is approved by the Indiana Utility Regulatory Commission, Duke Energy would submit semi-annual filings over six years to the commission to review progress and requests to recover the costs of investments made. Any customer rate impact would have to be approved by state regulators and would be gradual as work is completed.

The Indiana Utility Regulatory Commission will set a schedule for hearings in the case. A decision is expected by July 2022.

The Lawrence County Commissioners on Tuesday, November 23, 2021, passed two resolutions to dissolve the Lehigh TIF District in Marion Township and established a new one.

The TIF District was originally established in 2008 for the purpose of the expansion of Lehigh Hanson Inc. originally planned for 13 years ago. However, the TIF District sat empty and unused and generated no funds due to economic concerns.

“There has been no revenue generated from this TIF District since its inception in 2008, and a new TIF District is needed in its place,” said County Attorney David Smith.”This will allow the county to capture taxes on the increase of value on the new district with the improvements being made at Lehigh Hanson and improve the area.”

The commissioners also approved an ordinance to establish a committee to approve improvements at the Lawrence County fairgrounds.

This will be a three-member group including a commissioner, a county council member, and someone from the 4-H council or Lawrence County Fair Association.

County Council President Scott Smith suggested creating the committee to identify projects and the costs. The commissioners and council will then oversee those proceedings.

The SCARF board members are thrilled to have this opportunity to provide options in education to families in the Springville community and look forward to opening in August 2022.

Albert Cross, president of the SCARF board, anticipates online enrollment registration to be available on Monday, November 22, 2021and stresses the importance of the school as a center for community activity.

Brown was recognized for what he does for others.