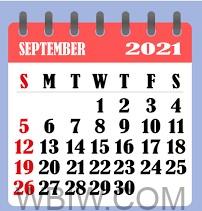 In September 2021 the Department of Natural Resources stocked 67,000 catfish at 130 public fishing sites, a teen gave his final gifts with his death, and a World War II veteran was bestowed with the Sagamore of the Wabash award. Rylan Simpson was crowned the 2021 Persimmon Festival Queen.

District fisheries biologists evaluate fish populations to determine the best sites for stocking. Fish stockings are not done as a cure-all for poor fishing in a lake or stream.

These lake and reservoir stockings occur annually or every other year, depending on the number of catfish produced at the state hatcheries and the requests from DNR fisheries management staff.

The catfish stocked will be 8-10 inches in length with some in the 12-14-inch size range. With careful handling and transport, most newly stocked catfish quickly acclimate to their new environment and offer immediate opportunities to interested anglers.

Here is where the catfish were stocked.

Teen donates organs to save others

Darrean Mitchell 19, passed away on Wednesday, September 29, 2021. at IU Methodist Hospital after suffering a head injury in a car accident. Darrean was registered as an organ donor.

“He was all the time losing his wallet, and he had to get a new license and he decided to become an organ donor,” said his mother Jena Baker. “He talked about being an organ donor previously with me, I told him I selected to be an organ donor because I was not going to need my organs whenever I passed. The first time he got his license he did not select to be a donor but the next license he did so.”

On Wednesday, September 29th at 11:00 p.m., an honor walk was held with the nurses from the Intensive Care Unit along with six of his family members as they walked Darrean to the surgery room for organ recovery surgeries.

The Indiana Donor Network assisted with granting Darrean’s final wish of helping others. His heart, pancreas, and liver were sent off immediately to help those in need. Other organs were also recovered to help other families.

Exactly how many people Darrean will help safe is not known at this time.

According to their website, the Indiana Donor Network serves as the vital link between donors and patients waiting for lifesaving organ transplants, healing tissue, and corneas to restore sight. Indiana Donor Network is the state’s federally designated organ recovery organization and an accredited tissue bank. More than 225 dedicated professionals are committed to saving and healing lives through donation and transplantation, championing the cause through education and outreach, and supporting families of donors in their time of need.

More than 100,000 men, women, and children nationally are waiting right now for an organ transplant. More than 1,000 of those waiting are Hoosiers. As a registered donor, you can be the reason a life is saved, a debilitating injury is healed, eyesight is restored.

Anyone can sign up to be an organ and tissue donor. Interested people should never rule themselves out due to age or medical conditions. Physicians will determine at the time of death what organs and tissues can be donated to help others.

Darrean had an interest in becoming an Army medic, a ranger in the military, or a flight medic in civilian life according to his mother. Darrean’s passion was helping people. His final act here on this earth not only helped the individuals that needed an organ but also helped many family members and friends continue to have more time with their precious loved ones.

On Friday, September 24, 2021, Ned B. Kent, 104-year-old World War II veteran, was celebrated at an event in Washington, IN, where he received the highest honor the Governor of Indiana can bestow, the “Sagamore of the Wabash”.

Rylan Simpson was crowned the 2021 Persimmon Festival Queen. She will reign over this year’s festival. There were a total of 17 beautiful and well-rounded young ladies that competed for the 2021 title.