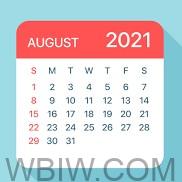 In August 2021, a Shoals man was arrested on a murder charge, a Columbus student is struck and killed while boarding a school bus in a fatal hit and run accident, and Bedford’s Monon Station included in Indiana Landmarks 10 Most Endangered List, LCIS celebrated their opening with a ribbon-cutting ceremony and Bedford mourned the loss of Former Mayor John Williams.

Former Mayor John Williams loved Bedford and the people that live there.

Lawrence County Independent Schools celebrated the opening of the new charter school in Fayetteville with a ribbon-cutting.

A Shoals man was arrested after a fatal shooting.

The shooting was reported to the Martin County Sheriff’s Department at approximately 2:20 p.m. on Monday, August 23, 2021, at a residence at 927 Main Street.

When officers arrived, they found 39-year-old Jeremi Jones, of Shoals, has suffered a fatal gunshot wound. He was pronounced dead at the scene.

Once on scene, troopers and local law enforcement arrested 23-year-old Kestin Jones, on a charge of murder. He is incarcerated in the Martin County Jail. He is scheduled for a jury trial on January 25, 2022.

A student of Columbus East High School was struck and killed while attempting to board a school bus on August 30, 2021, in the 1900 block of South Gladstone Avenue at approximately 6:55 a.m.

According to the Bartholomew County Sheriff’s Department, the student was attempting to board a stopped school bus when the child was struck by a passenger car. After striking the student, the driver of the car fled the scene. Police say a witness who observed the crash followed the fleeing vehicle. Police stopped the vehicle on County Road 250 East and arrested the driver 25-year-old Shiam Sunder Shankara Subramari on charges of leaving the scene of an accident causing death, Level 4 Felony, reckless driving/passing a school bus with arms extended causing death, Level 5 Felony

Lily Streeval, 16, was transported to Columbus Regional Hospital but died as a result of their injuries, police say.

According to Bartholomew County Sheriff Matt Myers Subramarni disregarded the stop arms and struck the victim as they were crossing the street to get on the bus.

Vacant, dilapidated, and a target for vandals, Bedford’s Monon Depot, a return entry in 2021 to the Indiana Landmarks the 10 Most Endangered list. The Monon Depot needs immediate repairs and a plan for its reuse. Built in 1926 of Indiana limestone, the Craftsman depot on J Street doubled as passenger depot and a freight station for the Monon Railroad, shipping blocks from local quarries at the heart of the “Limestone Capital of the World.” After the Monon ended passenger service in 1967, the Louisville & Nashville Railroad and later CSX took over operations, until the county adapted the building as a recycling center.

Since the depot’s first appearance on our 10 Most Endangered list in 2020, a conditions assessment funded by Indiana Landmarks found the depot to be in overall good condition, save a leaky tile roof, which is allowing water to cause extensive damage to the building’s soffits and overhangs.

Community leaders and trail advocates have expressed interest in adapting the Craftsman depot as a trailhead for the growing Milwaukee Road Transportation Trailway, but the pandemic stalled efforts to engage the community and developer interest. We hope continued 10 Most listings will help reignite the push to find a reuse for the landmark.