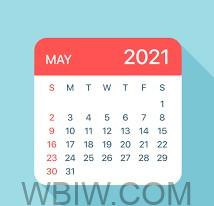 In May 2021 seniors classes graduated amidst the COVID 19 pandemic, a Bedford man was charged with involuntary manslaughter and reckless homicide after a woman dies from her injuries, a Bedford woman celebrated her 100th birthday, and volunteer firefighters rescue a dog after she fell into a sinkhole.

In May 2021 Mark Perry III, of Bedford was charged with involuntary manslaughter, reckless homicide, two counts of domestic battery resulting in serious bodily injury, aggravated battery inflicting injury, battery against a public safety officer, resisting arrest by force, and fleeing after a domestic fight on March 10, 2021, in the 1000 block of 23rd Street.

Other officers found 78-year-old Derenda Todd, lying on the kitchen floor. Her left leg was bent underneath her right leg in what police say was an awkward position. The woman was completely incapacitated and could only mutter short phrases. She told police she was pushed by her grandson, then 26-year-old Mark Perry. Todd was transported to IU Health Hospital by ambulance for treatment. She died at the hospital on Sunday, March 14, 2021.

Perry pleaded not guilty to the crime in Lawrence County Superior Court II before Judge Bob Cline on May 14, 2021. Perry is being represented by Bloomington Attorney Sam Shapiro.

The long-held tradition of a senior parade was held on Wednesday afternoon for the graduating class of Mitchell High School Class of 2021.

Younger credits her long life to good living, beans and cornbread, gravy and biscuits, and everything fried in lard.

Her life growing up was not easy, like most people living in that period of time, it consisted of hard work.  She has lived on her 20-acre lot since 1947.

“Life is what you make it out to be, life can be bad or it can be good but it can be overcome no matter what,” said Younger.

“I have done a few bad things and a few good things but still I am doing,” Younger added

Firefighters rescue dog after it fell into a sinkhole

Marion Township Volunteer Fire Department rescued a dog who was chasing a rabbit and fell into a sinkhole.

Chief Gillespie and Firefighters Caleb Lobosky used a rope system to repel down into the sinkhole, retrive Ellie, and bring her to the surface.

Following the rescue Ellie was not interested in leaving the safety of their pickup truck according to firefighters.

Marion Township was on the scene for one hour and twenty minutes rescuing this lucky pup.