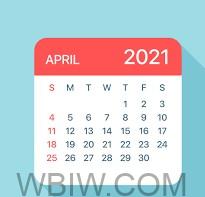 In April 2021 the city approved installing a Baby Box at the Bedford Fire Department, the reigning spelling bee champion will keep her title, a Bedford man was sentenced to prison for the death of his long-time girlfriend and Indiana University’s female president took the helm.

Baby Box will be installed at Bedford Fire Department headquarters

In April 2021, the Bedford Board of Works approved Pritchett Brothers to install Bedford’s new Baby Box at the Bedford Fire Department headquarters on H Street.

Duke Energy awarded the City of Bedford a $15,000 grant for the project.  Pritchett Brothers Construction submitted a bid of  $6,500  and the city will pay $1,500 towards the project.

A Baby Box is a safety device provided under the state’s Safe Haven Law and legally permits a mother in crisis to safely, securely, and anonymously surrender their newborn, if they are unable to care for it.  A Baby Box is installed in an exterior wall of a designated fire station or hospital.

The box is monitored 24/7, fire officials said. When a baby is placed in the box, it triggers an alarm, notifying officials when to pick up and care for the baby.

The Indiana Safe Haven law allows a parent to bring a child, 30 days old or younger, to an employee at any hospital emergency room, manned fire station, or law enforcement agency without facing prosecution for endangering or abandoning a child, officials said. A parent can also use a safety device like the Baby Box to ensure anonymity for the parent.

The Indiana University Board of Trustees named Pamela Whitten as the university’s 19th president.

A visionary scholar and accomplished educator and researcher, Whitten has held a variety of leadership roles, beginning at Michigan State University and now as president of Kennesaw State University.

As IU’s first female president, Whitten assumes the helm at one of the nation’s leading research universities at a time of record-level research funding and philanthropic support.

Deckard, 58, was found guilty of shooting and killing his girlfriend Charlene Silvers after a domestic dispute on Wednesday, August 26, 2020, at the home the couple shared at 2738 Maul Ridge Road.

Due to double jeopardy laws, all the charges but one were dropped after the state and defense agreed. Deckard was sentenced to a Level 3 felony of aggravated battery with a substantial risk of death.

Judge Plummer sentenced Deckard to the maximum sentence under Indiana law of 9 years in prison and added 7 years after the crime was enhanced. One year was suspended and will be served on supervised probation upon Deckard’s release.

“I have wrestled with this case. There are some real issues in this case,” said Plummer at the time of sentencing. “He (Deckard) never departed from his statement that it was an accident. But he never accepted responsibility or showed remorse. I do not find that Charlene Silvers induced her injuries in any way. She is not responsible for her death. He (Deckard) could have walked away and never picked up that gun. But he chose to pick up the gun and now she is dead. It is what it is and we can’t change it now.”

Deckard plans to appeal his conviction. Judge Plummer appointed a public defender who will represent him in the appeal.

Meryl Klein, who was an 8th grader at Bedford Middle School is the daughter of Brian and Maria Klein.

The final word that took the Day 1 grades 3-5 first-place finisher Liam Ruple out of the competition was – puce. Ruple is a 5th grader at Lincoln Elementary.

Klein was awarded a $100 cash prize provided by WBIW, a pizza party for their homeroom class provided by Papa Johns Pizza, a t-shirt, and the traditional spelling bee bobblehead trophy.

All participants receive a 1340 AM WBIW Spelling Bee t-shirt and a participant certificate.