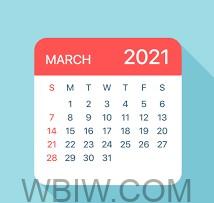 In March 2021 a Bedford man was found guilty of reckless homicide in the death of his long-time girlfriend, steps were taken to establish a veterans problem-solving court and an Orleans man was sentenced to 100 years in prison on child molestation charges.

Most veterans are strengthened by their military service, but the combat experience has unfortunately left a growing number of veterans with issues such as PTSD and physical injuries from combat service.

According to Superior Court Judge Bob Cline, who is also a veteran, the veterans’ treatment court model requires regular court appearances, as well as mandatory attendance at treatment sessions, and frequent and random testing for drug and alcohol use.

He was acquitted of murder. He was found guilty on felony charges of aggravated battery with a substantial risk of death, reckless homicide, involuntary manslaughter, and domestic battery by means of a deadly weapon.

Deckard, 58, was found guilty of shooting and killing his girlfriend Charlene Silvers after a domestic dispute on Wednesday, August 26, 2020, at the home the couple shared at 2738 Maul Ridge Road. Officials say Deckard and Silvers had a 13-year relationship. Silvers died from her injuries on Thursday, August 27, 2020, at 7:24 p.m.

On March 31, 2021, in Orange County Circuit Court, 35-year-old Joseph D. Cole, of Orleans, was sentenced to 100 years in prison after being found guilty on four felony counts of child molestation.

He was also determined to be a credit-restricted felon, which means he will be required to serve at least 85 percent of the sentence and be listed as a sexually violent predator.

The trial concluded on March 3, 2021and was the first in Orange County since the COVID-19 pandemic shut down the court system.

“Mr. Cole committed terrible and irreversible acts on these children. We sought and obtained the maximum sentence in this case due to the severity of these horrendous crimes and their long-term impact on the victims. I, again, want to thank my law enforcement partners for their excellent work and our local Department of Child Services. I hope this strong sentence and conclusion will bring the victims and their families some peace,” said Orange County Prosecutor Holly Hudelson.

The investigation began on September 1, 2019, when Detective David Henderson from the Indiana State Police Post in Jasper was dispatched to East State Road 56 in Paoli regarding a possible child molest.

The women reported they had let their three female children stay overnight with Cole at his residence in Orleans and that the following morning they received a call from Joseph’s mother asking them to pick up the children due to an incident that had occurred.

All three children were interviewed and each described graphic and inappropriate sexual acts by Joseph Cole.