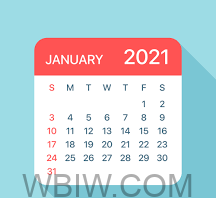 In January 2021 we mourned a civic leader and a K-9 companion was laid to rest, a Bloomington woman pleaded guilty to climbing Mount Rushmore and a new canine officer hit the streets to sniff out drugs and apprehend criminals.

Chastain passed away on Saturday, January 23 but left a legacy that will never be forgotten. He was a person who loved his family and reached out and served his community. He served two years in Vietnam, 25 years in Mitchell Police Department, and eight years as Mayor of Mitchell. Chastain worked to make Mitchell, Indiana a better community.

On January 26, 2021, the Loogootee Police Department announced the passing of K-9 Roxy.

K-9 Roxy was a great asset to the City of  Loogootee and Martin County not only lending her nose to fighting crime but by sharing her love and dedication with her community.

Captain Jason Hennette worked alongside Roxy for more than seven years. She was given her name by students from Loogootee when she became a member of the police department in 2014. Roxy was used more than 175 times and was responsible for 139 arrests. Her last call was on January 15th. She was requested to walk around a vehicle and alerted to possible drugs inside. Officers seized meth and marijuana.

In January, Roxy was diagnosed with Blastomycosis, a fungal disease that infects the respiratory tract. It then spreads throughout the body and infects other organs. Beating the disease is rare.

Molly Venderley, 20, entered a guilty plea to a single federal charge of illegally climbing the national memorial in federal court in Rapid City, South Dakota. Two other misdemeanor charges were dropped as part of a plea deal.

Venderley was fined $1,250 after entering her plea and was ordered to be released by U.S. Magistrate Judge Daneta Wollman.

A report from a park ranger said Venderley told him she climbed in the dark because she knew it was against the law to scale the monument and knew the park was closed.

The ranger saw the woman’s flashlight on a security camera. Venderley made it to the base of George Washington’s lapel some 200-feet up the colossal stone monument in the Black Hills.

Venderley was “sober, cooperative, and uninjured” according to law enforcement reports, but a ranger found a bottle of champagne and a fake ID after searching Venderley’s vehicle in the memorial’s parking lot.

Venderley was later taken to the Pennington County Jail while her car was towed.

Multiple signs at Mount Rushmore warn visitors that it’s illegal to climb the talus slope — the pile of broken rocks at the base of the monument — and the sculpture itself.

The monument, depicting the giant faces of four U.S. presidents, including Washington, Thomas Jefferson, Theodore Roosevelt, and Abraham Lincoln, was completed in 1941.

The Jackson County Sheriff’s Department has its first K-9

The Jackson County Sheriff’s Department has it first K-9.

Her name is Nyx and she is partnered with Sgt. Ben Rudolph.

The department was able to purchase Nyx and pay for her training thanks to a $35,553 grant from the Indiana Department of Homeland Security. No tax dollars were used to pay for the program.