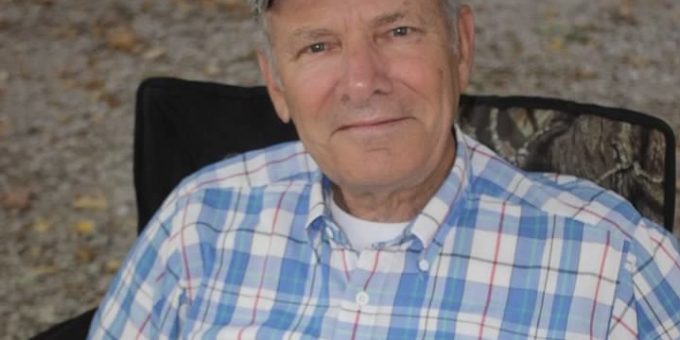 Jerry Wayne Ikerd, of Bedford, passed away peacefully on Thursday, December 23, 2021, at the age of 83 at the Indiana University Hospice House in Bloomington with his daughters at his side.

Jerry had been diagnosed with Parkinson’s in 2017, although he had been able to live independently up until his death. Recently he had relocated back to Bedford from Martinsville. Jerry Ikerd was born to Earl and Violet (Duncan) Ikerd on September 8, 1938. As a young boy, he grew up working on the farm with his grandad and father. He graduated from Shawswick High School in 1957.

Out of high school, he began working at Standish Feed Store in Bedford. He was then drafted into the U.S. Army and served four years, where he was stationed in Key West, Florida. After his brief stint in the military, he began working at Indiana Petroleum and then onto Eastern Airlines, where he was employed for twenty-six years. He ultimately went on to retire from American Airlines in 2003. Jerry married Joy Ann Myers on January 19, 1962, with whom he had his first daughter, Julie Ann (Ikerd) Wagner. Joy preceded Jerry in death in 1965. He was also preceded in death by his
in-laws, John and Marjorie Myers, with who he lived with for 14 years after the death of his wife Joy.

He eventually remarried on June 2, 1979, to Penny Lynn Stanger, with whom he had his second daughter, Darcie Lynn (Ikerd) Catellier.

Penny preceded him in death in 2009. He was also preceded in death by four brothers, Earl (Gene), James (Carol),
Frank, and Norman.

He is survived by his youngest brother Kenny Ikerd, along with several nieces and nephews, who all thought the world of him and appreciated the active role he played in their lives while growing up.

Jerry Ikerd was a good man, with a solid foundation of what was right and what was wrong, and a penchant for kindness. He will be greatly missed by everyone who ever knew him.

Funeral services will be held at Ferguson-Lee Chapel of Thorne-George Family Funeral Homes in Bedford on Wednesday, December 29, 2021, at 1:00 p.m. with Pastor Jeff Hudelson officiating. A viewing will be held from 11:00 a.m. until the time of service on Wednesday.