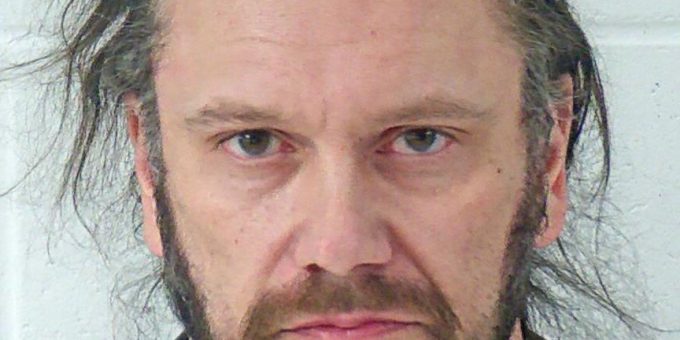 BEDFORD – On Thursday a Bedford Police officer noticed a tan GMC van parked at the gas pumps at Circle K located on 16th and O streets. The officer knew the driver was Jason Thompson who was wanted on a warrant.

The officer observed Thompson exit the store and detained him.

Thompson claimed there was valuable music equipment inside his vehicle and requested to make a phone call to have someone pick his vehicle up. Officers permitted Thompson to make the call, however, he was unable to find someone to come get his van. The vehicle would be towed from the scene.

Before being towed, a canine alerted police to possible drugs in the vehicle.

During a search of the van, police located a loaded Taurus .38 Special revolver along with five rounds next to the driver’s seat. Police did not find any drugs.

He was then arrested on a charge of carrying a handgun without a permit. and on a theft warrant.

The fraud victim reported that on May 11, 2021, had contacted Thompson of Quality Air to do a complete HVAC job at his business, Gold Financial Services.  The fraud victim claimed the only work that Thompson allegedly completed was to cut vent holes in the ceiling. The victim reported Thompson would not return his calls or messages. Three times the victim was given dates on when Thompson would return to the business to complete the job but he never showed.

The victim provided checks paid to Thompson totaling more than $4,792.

Police also made attempts to contact Thompson but were unsuccessful and police were unable to locate him for a face to face conversation.

The information was forwarded to the Lawrence County Prosecutor’s Office and a warrant was issued for Thompson’s arrest.