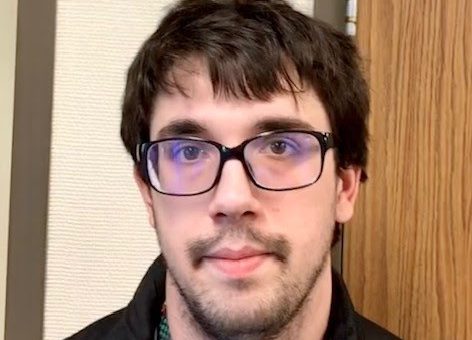 Investigators began their investigation on December 16, 2021, after the Indiana Department of Child Services (DCS) and Norton’s Children’s Hospital contacted Detective Sergeant Dave Mitchell and Detective Chris Tucker with the Indiana State Police in Sellersburg regarding an allegation of an infant being injured.

Detective Tucker assumed the case and immediately began his investigation which included numerous interviews with the family, medical staff, and the mother’s boyfriend.

During the investigation, Detective Tucker learned that the child was at the family’s Austin, Indiana home with the mother, grandparents, and the mother’s boyfriend at the time the alleged battery occurred.

Investigators learned the baby awoke around 5:30 a.m on December 16th and the grandfather changed the baby’s diaper. Investigators believe there was nothing abnormal or wrong with the child at that time.

Shortly after 5:30 a.m. the mother’s boyfriend, 23-year-old, Spencer Faircloth, of Jeffersonville, Indiana began caring for the child.  Around 8:30 a.m. that same morning, Faircloth woke the mother and advised something was wrong with the infant.

The family drove the child to Schneck Medical Center in Seymour, Indiana.  The medical staff had the child transported to Norton’s Children’s Hospital in Louisville.

The Indiana Department of Child Services and the Indiana State Police were contacted shortly after the child was diagnosed by doctors at Norton’s.

Spencer Faircloth was arrested at the Indiana State Police Post in Sellersburg without incident and transported to the Scott County Jail.

The child remains in critical condition at Norton’s Children’s Hospital.