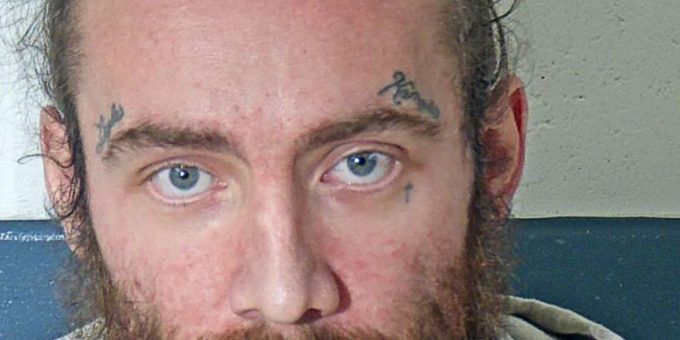 BEDFORD – A Bedford man was arrested Monday when Bedford Police officers were called to Hope Resource Center on Lincoln Avenue after a report of a physical dispute.

The caller said the male had thrown the woman onto a vehicle and had grabbed the woman either by the hair or her head and banged her head into the vehicle.

Officers found the male, 27-year-old Zachery Fields, and the female inside the building.

The woman told officers the two were there for a supervised visit with her two children, one of the children was fathered by Fields.

The woman claims when they arrived, she got out of the car because Fields was yelling at her. She said he continued to yell. When she attempted to retrieve a bag out of the vehicle, Fields’ anger escalated. The woman pleaded with Fields to stop and leave her alone so she could see her children.

At that time, Fields exited the vehicle, approached the woman and placed her in a chokehold. The woman was able to free herself from the chokehold by biting Fields. She was able to seek refuge from Fields by entering Hope Resource Services.

The woman said everything happened so fast she didn’t remember if Fields had hit her.

The woman did have a bloody lip. redness and blood behind her left ear. She also had an injury on her right hand finger where Fields had bent her finger backward. Police say the finger was “deformed from the injury”.

Fields claimed the woman was being untruthful and the fight never became physical. He said he was just attempting to keep her from leaving. He denied pushing the woman against the car.

Officers detained Fields on a charge of domestic battery.