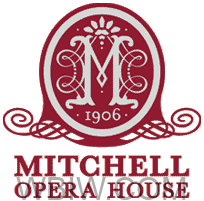 MITCHELL – The Mitchell Opera House held a benefit concert on Sunday, December 19th to go towards aiding the victims of the Kentucky tornados.

Gary Rayhill with Mitchell Opera House said there are still plenty of donations coming in for the relief efforts.

“There has been $3,300 donated so far from the concert, with more people donating even today,” said Rayhill. “The money will be transferred into another department of the Hoosier Uplands, and a check will be delivered to the Paoli Fire Department, to go towards their planned donation efforts.”

The Paoli Fire Department along with the French Lick Fire Department will be traveling down on Thursday, December 23rd to deliver donated items to the area of Madisonville, to aid in their recovery efforts.

Paoli Fire Chief Mark Jones, said thanks to the benefit concert, and the help from the community, donations will be delivered before Christmas.

“The benefit concert was a big help, but we have also had plenty of people donate clothing and non-perishable items that we will be able to get this first load down before Christmas, and a second load down after New Year’s Day,” Jones said. “We have been asked to bring new clothing, diapers, wipes, and non-perishable food items to Madisonville, where it will be distributed throughout the community. This will help them now, but they are going to need all the help they can get over the next couple of years.”

Rayhill said that the donations gathered for the affected individuals in Kentucky is important, because it could have happened to us.

“The thing that some people don’t think about is that could have been us. We could have had people coming to help us after a tornado, and with that thought, if it had happened to us, it would be nice to have people so willing to come and help. But we couldn’t have gotten this far without the help of the community,” said Rayhill.