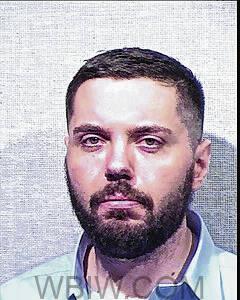 SEYMOUR – Loren Smith, 27, of Seymour, pleaded guilty to a charge of reckless homicide in connection to an accident that left 36- year-old Brianne Nicole Fluhr, of Seymour dead.

Smith was sentenced by Jackson Circuit Court Judge Richard W. Poynter to four years in the Department of Corrections Thursday afternoon. He was given credit for 22 days served. Smith had pleaded guilty to the charge in a negotiated plea deal in October 2021.

Fluhr was pronounced dead at the scene of a two-vehicle crash on U.S. 31 just north Seymour on Sept. 24, 2021, by Jackson County Deputy Coroner Roger Wheeler after police and medical personnel were unable to locate a pulse.

The accident was reported at 1:50 p.m. on US 31, near the intersection of County Avenue.

Smith was traveling north on US 31 in a black 2011 Chevrolet Malibu, and Fluhr, who was driving a blue 2008 Chevrolet Cobalt was attempting to cross US 31 onto County Road 560N and pulled out in front of Smith. On impact, Fluhr’s vehicle rolled several times and stopped inverted.

According to the probable cause affidavit, investigators found the airbag control module from Smith’s car showed he was driving 91 mph just before impact. The speed limit in the area is 55 mph. Smith told investigators he didn’t know how fast he was going but admitted he was in a hurry to get home.

Smith voluntarily submitted to a blood draw for toxicology testing, which showed an alcohol level of 0.033%, according to the probable cause affidavit. The legal limit for a person over the age of 21 is 0.08%. He tested negative for drugs.

Smith was treated by EMS at the scene and refused to be transported. However later that evening, Smith went to Schneck Medical Center in Seymour and was transported by Jackson County EMS to Methodist Hospital in Indianapolis for a back injury. He was released from Methodist the next morning.