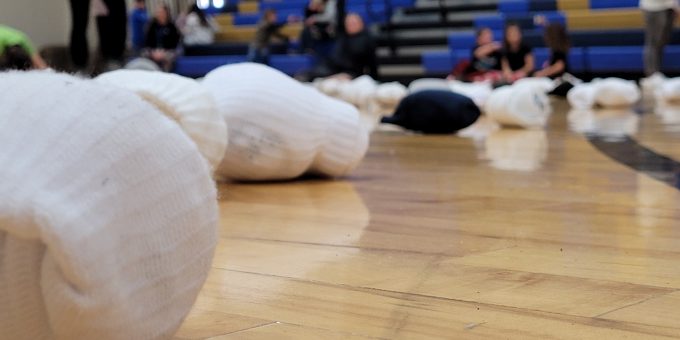 FAYETTVILLE – On Friday Students from LCIS held a “sockball fight” after coming together to collect socks for the Men’s Warming Shelter in Bedford.

The original goal for the students was to bring 265 pairs of socks to donate to the shelter, but the students surpassed that tremendously by bringing in a total of 485 pairs.

Principal Joanne Symcox shared the process of the the project, initially started by Mrs. Young’s class and growing to challenge other classes at the school.

As an added bonus to the students reaching their goal, Mr. Jerry Sonheim took a pie to the face to show his appreciation of the students.