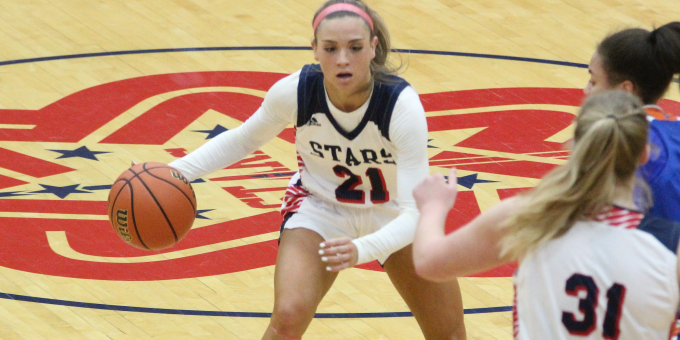 BEDFORD – Want to be the best? Beat the best. And the winner of the most star-studded, power-overdosed, wow-factor tournament assembled in the state this season will certainly be able to make a legitimate claim as Indiana’s elite. The fortunate survivor of the one-day basketball bash at Bedford North Lawrence will earn it.

This edition of the Limestone Classic, honoring BNL legend Pete Pritchett, completes all the criteria for greatness. Coaching celebrities? Check, with former All-Star coaches and state champs on the sidelines. Elite teams? Check. All four are ranked in the Class 4A poll, including the defending state champion. Superior individual talent? Check. Future All-Stars, Division I recruits and Miss Basketball candidates on every roster.

BNL Fieldhouse will be flooded with talent on Wednesday. The only place will more stars in one spot is the Hollywood Walk of Fame. The number of college scouts expected to attend verifies that fact.

To quote the late Jimmy Valvano: “If you laugh, you think, and you cry, that’s a full day. That’s a heck of a day.” And the fortunate team that wins twice will be laughing, the teams that end up with splits will be thinking “Thank goodness”, and the loser of two will be crying. It will be a heck of a day.

”It’s the best holiday tournament in the state,” BNL coach Jeff Allen said. “With the caliber of teams we have, it will be two high-level games in a day, which is tough.

“From a coaching standpoint, it’s three of my colleagues that I have great respect for. I know them all. They’re all outstanding people. So you start there, then you go to the actual rosters of these teams, what they bring to the table, it’s just phenomenal.”

Where to start? First, East Central is certainly a familiar foe for the Stars, who have conquered the Trojans twice (regular season and regional) the last two seasons. BNL has been pushed to its limit during those epic encounters, and East Central will again pose a serious challenge.

The Trojans feature junior center Josie Trabel, who just went over 1,000 career points. She’s gotten a chunk of those at BNL’s expense, totaling 21 points in the thrilling 2020 regional final, then scoring 21 points during last year’s intense clash in the regional semifinal. She’s averaging 16.4 points, 6.7 rebounds and 3.8 steals this year.

“With Hope, she’s always been an elite athlete,” East Central coach Kevin Moore said. “It’s getting her to be a little more selfish. She shoots the ball so well. Defensively, she causes so much havoc at the top of the press. She disrupts things, she’s a deflection machine.

“With Josie, it’s been the evolution of her perimeter shot. She has stretched that out, now teams have to come out and guard her. You can’t just play soft on her.”

Moore just welcomed a newborn daughter to his roster last week, so scouting BNL’s game video won’t be the only reason he’s lost sleep. His first priority will dialing in his defense (which surrenders only 34.6 points per game) to deal with BNL’s superb duo of sophomore Chloe Spreen (15.8 points, 5.8 rebounds) and junior Karsyn Norman (13.7 points, 2.8 assists).

“Those two are awesome players,” Moore said. “They’re so competitive, that’s the thing that jumps out. The team in general is so daggone competitive, they fight for everything. That’s coaching. We have to do a good job of limiting Spreen and Norman, which is easy to say and hard to do. Those two are dynamite. To me, Norman is one of the most underrated players in the state.

“It’s a matter of execution. The team that does the little things right – not giving up offensive rebounds, talking on defense – when you have fairly even teams, it comes down to those things. This series has been a little one-sided (BNL is 7-0 against the Trojans), but these are the type of games we love to play, to gauge where we are once again.”

East Central’s lone loss was a 55-46 setback to No.11 Columbus East. The Trojans have won six straight since, while BNL’s streak is currently six as well, with the only loss to Illinois power Fremd.

The second semifinal will be another heavyweight slugfest. Crown Point is the defending 4A champion, with its only loss coming against Ohio power Mount Notre Dame (in the game prior to BNL’s appearance in the shootout at Brownsburg). The Bulldogs feature senior guard Jessica Carrothers (an IUPUI recruit averaging 19.8 points and 4.5 assists) and 6-3 Purdue recruit Lilly Stoddard (11.1 points, 9.2 rebounds).

“They complement each other so well on the floor, and most of what we are trying to do offensively starts with those two,” said Crown Point coach Chris Seibert, who was an All-Star assistant in 2019, the year BNL’s Jorie Allen was Miss Basketball. “Nikki Gerodemos and Alyvia Santiago are also three-year varsity players and were major parts of our state championship team last season. They both have done well with expanded roles this season.”

Crown Point’s signature is defense. The Bulldogs rank ninth in the state in points allowed at 29.7, which stands in stark contrast to Noblesville’s prolific offense (fourth in the state at 67.8 per game).

“Everything we do starts with our defense,” Seibert said. “Whether it is our full-court press, half-court man, or a variety of other defenses we will play at times, we are definitely a defense-first team. We want to play fast both on the offensive and defensive ends of the floor.”

The Millers will test that. Junior guard Ashlynn Shade, one of the most coveted recruits in the nation, averages 20.2 points, 8.5 rebounds, 4.7 assist and 4.4 steals. She has narrowed her future choices to Connecticut, Indiana, Louisville, North Carolina, Notre Dame, Stanford, Tennessee and Vanderbilt. That’s a who’s-who of college power programs.

“Ashlynn Shade is obviously one of the state’s best players,” Seibert said. “We fully understand that she is going to score, we just want make her work for everything she gets. Noblesville has numerous other talented players that can really score it, and that makes focusing too much of your defensive attention on Shade very problematic.”

So good luck finding a weakness in this field. BNL might rethink inviting so many powers to one spot, or East Central might not be so thrilled to be included (the tournament was shifted to a date to accommodate the Trojans). Noblesville has the most losses (to No.6 Fishers and No.8 Westfield) but owns the highest Sagarin computer power rating. Nobody wants to absorb two setbacks. But the purpose is to face outstanding competition and prepare for February.

“With the opportunity to play two games against some of the state’s best teams, it was an opportunity we could not pass up,” Seibert said. “Regardless of the results, these games will help us grow as a team and identify areas we need to improve upon as we hit the final month of the season.”

Last meeting: This is the first meeting in the series.