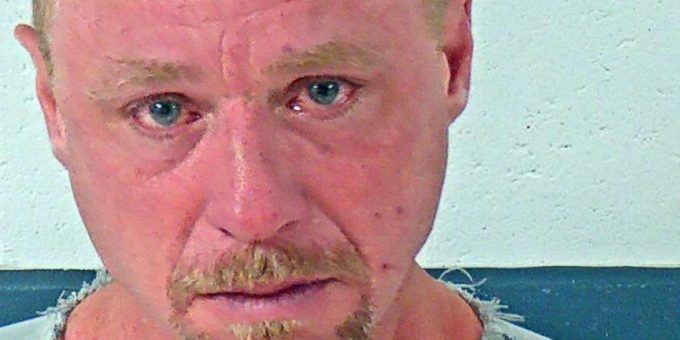 BEDFORD – A Bedford man was arrested Sunday after Lawrence County Sheriff’s Department responded to a domestic fight at a home in the 560 block of Southridge Drive.

While en route police were alerted the fight had escalated and the dispatcher could hear the female caller being hit by the male suspect.

Dispatchers were also alerted the man had a firearm.

When deputies arrived they found a male standing behind the glass of the front door.

Officers asked the male to exit the home, but he refused. Officers banged on the door and no one would answer.

While waiting for a response, officers heard a loud thud and forced the door open.

Officers located 51-year-old Richard Cota, laying down on his bed belly up.

Cota was not armed. The officer asked Cota to roll over so he could be detained for safety reasons. He refused and officers had to restrain Cota. As this was happening Cota struck an officer in the face with his elbow. The officers were able to get Cota’s hands behind his back but he again resisted. Officers were finally able to handcuff Cota and put him in the back of a police vehicle.

Officers found a female in the bathroom with an extreme amount of blood on her face and her left eye was swollen shut.

The woman was unable to communicate clearly due to her extensive facial injuries. An ambulance was cleared to approach the scene and treat the female. She was then taken by ambulance to IU Bloomington Hospital for treatment.

Cota admitted to taking meth earlier that day and was impaired at the time of his arrest.

Police noted in their report that the scene was bloody and in shambles. There were holes punched in the wall and there were both broken as well as intact items strewn throughout the home. “It looked as if a major physical altercation had taken place in the room,” wrote police.

A firearm was also located in the front room on a couch.