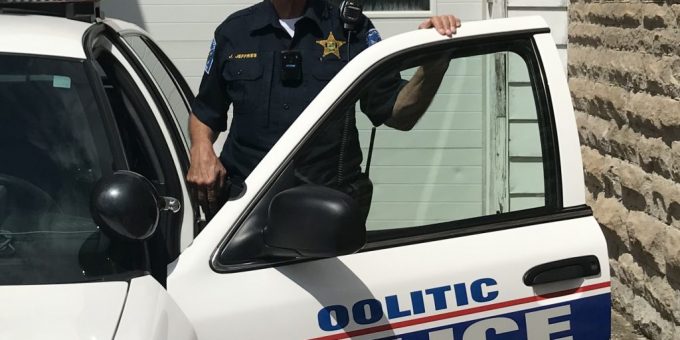 OOLITIC – After 41 years as Oolitic Town Marshal, Jon Jeffries signed off one last time before setting on his new adventure of retirement.

Jon touched the lives of everyone he came across with a positive attitude and a love for everyone in his community.

Jon was given a plaque from Senator Koch and Senator Chris May for his accomplishments and his service to the town. He also received an additional plaque from Sam Arp for his continued service and efforts made during his time as the Oolitic Town Marshal.