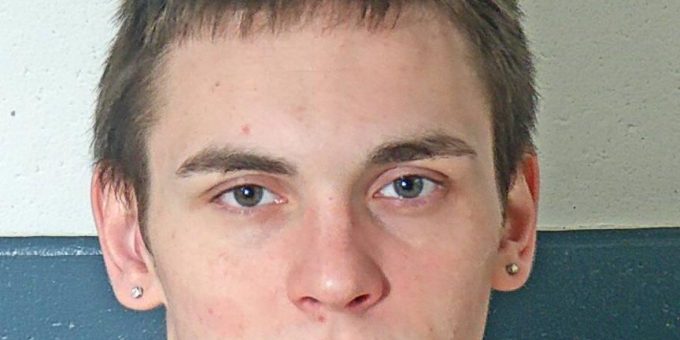 OOLITIC – A Bedford man was arrested Thursday night after the Oolitic marshal along with his canine Fleck and Lawrence County Sheriff’s Department deputies served a search warrant at a home in the 100 block of 3rd Street in Oolitic.

Officers were looking for 21-year-old Christian Downen, who was wanted on a warrant for a failure to appear on charges of possession of a controlled substance, neglect of a dependent, resisting arrest, and driving a motor vehicle without receiving a driver’s license.

Downen was detained without incident after finding him sleeping on a couch in the living room of his mother’s house.

During the arrest, officers found a syringe and a baggie containing 0.5 grams of fentanyl in his pocket and another syringe in the trash can.

Downen is now facing new charges of possession of a narcotic drug and possession of drug paraphernalia and the outstanding warrant.

The charges from the warrant stemmed from an incident on September 2, 2021, when  Bedford Police officers were called to a home in the 610 block of H Street after a report of possible child neglect.

A woman reported Downen was inside the home and appeared to be under the influence of a narcotic.

The woman told police she was taking a nap when she woke to Downen’s 17-month old daughter screaming.

The woman removed the child from the room and called the police.

Police say Downen and Gunderson were under the influence of heroin. Police also found drug paraphernalia in the room.

An officer attempted to remove a razor blade from Downen’s pocket and he began resisting.

Both were arrested on a charge of child neglect. Downen also faces charges of resisting arrest and possession of heroin.

Gunderson is scheduled for a pretrial conference on February 2, 2022, in Lawrence County Superior Court I.