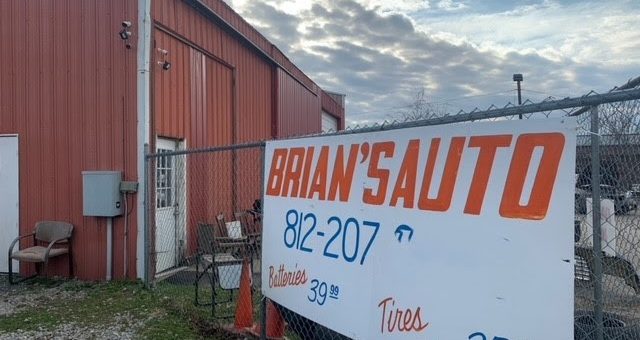 JEFFERSONVILLE  – A man posing as a local car dealer was arrested on several counts of fraud Wednesday morning, and the Indiana State Police need to know if you were also a victim.

On November 23, 2021, Vehicle Crimes Special Investigator, Trooper Brandon Farias, began an investigation into Brian’s Auto Sales located off Dutch Lane in Jeffersonville. Trooper Farias opened the case after he was contacted by a potential victim.

Through his continued investigation, Trooper Farias learned numerous cars were allegedly sold under the tax ID of a separate and unsuspecting business. He also discovered several victims could not receive titles for their vehicles due to alleged fraudulent sales practices. It was also discovered that Brian’s Auto Sales is not a licensed car dealership.

On Wednesday morning, officers served a search warrant on the premises of Brian’s Auto as a part of the continuing investigation.

As a result of the investigation, officers arrested Brian A. Jent, 49, of Jeffersonville. Jent was transported to the Clark County Jail without incident.

Jent is currently charged with the following:

If anyone has purchased a vehicle from Brian Jent, or Brian’s Auto Sales in Jeffersonville, Indiana, and believe you may have been defrauded, or have been unable to obtain the title for your vehicle, please contact Trooper Brandon Farias at the Indiana State Police post in Sellersburg at 812-248-4374.