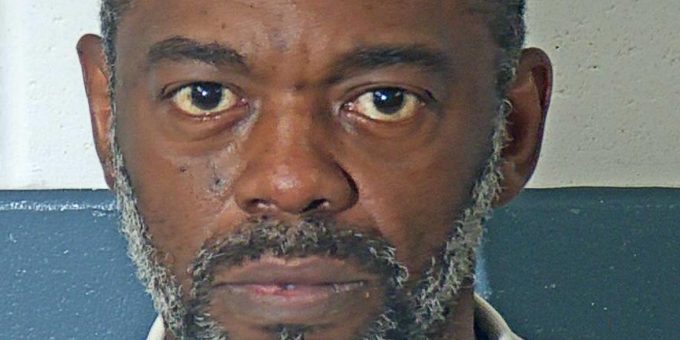 BEDFORD – A Bedford man was arrested when a Bedford Police officer stopped his vehicle Tuesday after he noticed the driver who did not have a driver’s license at 18th and M streets.

The officer checked 48-year-old Calvin Haddock III’s driving status and learned he still did not have a valid driver’s license.

Haddock continued west on 18th Street, then made a sudden turn into an alleyway to head north.

The officer looped around the block and located the vehicle traveling south on M Street.

The officer stopped the vehicle near the intersection of 22nd Street and O streets.

As the officer spoke with Haddock and noticed Haddock was attempting to conceal something into his coat pocket.

Haddock was asked to step out of the vehicle. In Haddock’s pocket the officers found a vaping device with a marijuana cartridge and one spare cartridge containing a wax-like substance that tested positive for marijuana.

Haddock denied officers consent to search his vehicle. Cainine Maximus arrived on the scene and alerted officers to drugs in the vehicle.

In the vehicle police found a glass smoking device with meth residue and two plastic baggies counting meth residue along with one containing crystal meth. Haddock was arrested on charges of possession of meth, marijuana and drug paraphernaila and operating a vehicle while never obtaining a license.