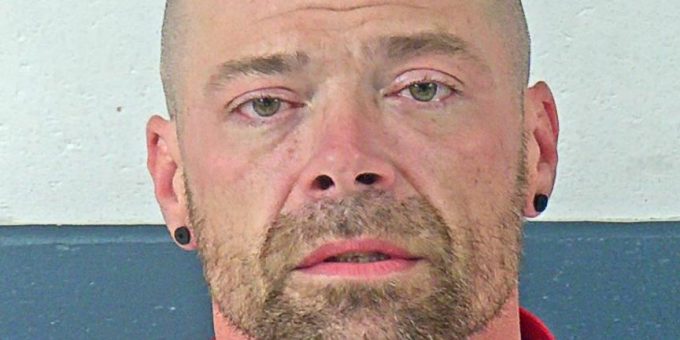 As a part of a negotiated plea agreement, 43-year-old Darick D. Reynolds pleaded guilty in Lawrence Superior Court I to a Level 6 felony charge of stalking. He will be reprimanded to the IDOC for two years on that charge. However, when Reynolds committed that crime, he was on probation for burglarizing the same victim. For that probation violation, as well as violating orders from the court, Reynolds received an additional 3 years and 9 months during a hearing in Lawrence Superior Court II.

“After terrorizing the same victim and violating court orders, we’re happy to see the offender sent to
the Indiana Department of Correction for just about the maximum number of years that he could have
received,” said Lawrence County Deputy Prosecutor Lisa Kempf, who specializes in prosecuting crimes
against women and children. “Lawrence County and the victim will be safer with this offender in prison.”

The incident that led to the arrest of Reynolds happened in August 2021 after he made several phone
calls, then showed up at the home of a woman who had a criminal trespass order against him, broke
her window out, and messaged her from multiple numbers. He followed her home from work, blocked
her driveway, and caused the woman to fear for her life. The other charges from the incident, including
intimidation, criminal mischief, and two counts of criminal trespass, were dropped as a part of the plea
agreement.