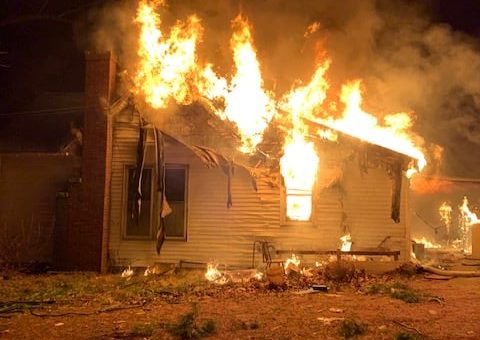 Firefighters were alerted about the blaze at 7:10 p.m.

MFPD Deputy Chief Cornwell, who was off duty, was driving in the area when he noticed the smoke and discovered the fire.

Additional firefighters rushed to the scene.

Smoke and flames were coming from the back and right side of the home.

The first firefighters who arrived on the scene attacked the blaze from the rear of the home.

The bulk of the fire was knocked down very quickly while other firefighters searched the home for any occupants. The homeowners were not home.

Firefighters remained on the scene for an extended time to put out hot spots and assist the fire investigator.

No one was injured while battling the blaze.