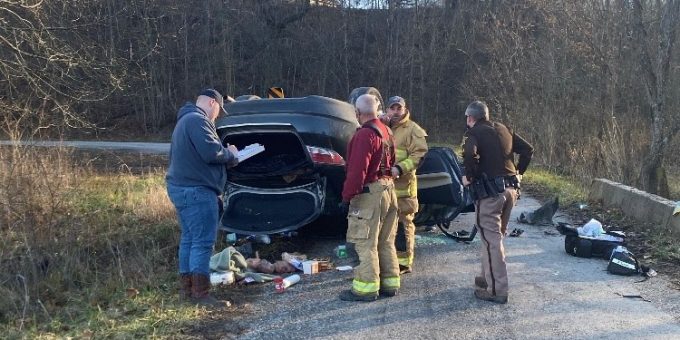 PUTNAM CO. – December 13, 2021, at approximately 3:35 p.m., troopers from the Indiana State Police Putnamville Post and the Putnam County Sheriff’s Department responded to a single-vehicle crash on County Road 650 West near US 40.

The preliminary crash investigation by Trooper Matthew Rea revealed that Sharon Brown, age 78, of Reelsville, Indiana, was driving a 2012 Mazda on County Road 650 West and was southbound near US 40.  For an unknown reason, Brown lost control of her vehicle and struck a concrete bridge, causing her vehicle to roll over and come to a stop on its roof. Due to Brown not wearing her seat belt, the force of the collision pinned her between the steering wheel and windshield.

Brown was transported to a hospital in Indianapolis via Lifeline for a complaint of pain throughout her entire body.

Brown was cited for no seatbelt.